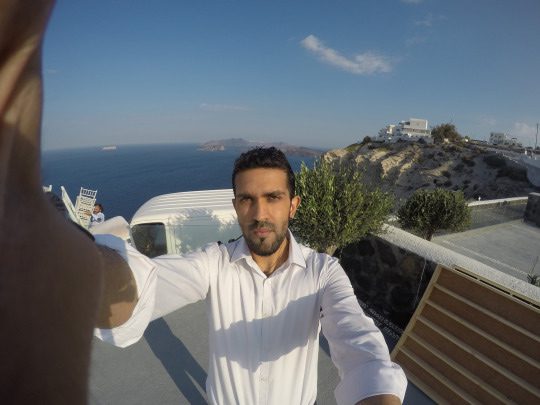 Soon after the July/August wedding frenzy, I was booked to head out to the paradise that is Santorini on behalf of musical movements. After meeting Niken & Emma a few times, I instantly felt a good vibe about their events ahead. They were easy going, willing to take advice and feedback, decisive and had a very simple goal: to party hard! We ran through all the plans prior to the flight and even had the football game in the background whilst discussing their reception! It was fair to say the plans for the day were coming together and sounded EPIC! I flew out with the talented priest (Dilip Trivedi from Bolton) who I met on the day of the flight. Little would I know that we would get along so well! The night before the wedding, we ventured out for a long stroll and discussed music from the yester-years. This proved vital as the connection on the day of the wedding ceremony was on point.

The hospitality shown by Niken and Emma shone through their humble personalities. They had treated all suppliers as guests and even kept a bag full of goodies on our beds! We knew we had to put on an epic show for the day ahead. The stunning backdrop made the ceremony even more beautiful. Prior to the ceremony, cool exclusive ambience music helped relax the guests as they were ushered to their seats.

It was a pleasure to work alongside Poema events, who were helpful throughout the day and ensured that everything was running smoothly. And also the amazing videographers: The Wedding Film Makers (Rachel & Adam). All the suppliers mutually felt the good vibe!